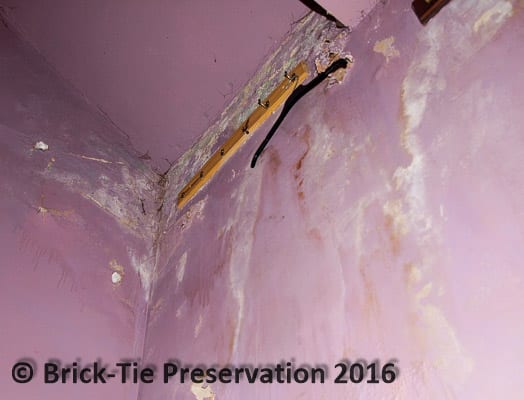 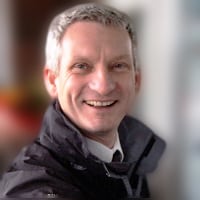 Bryan is Technical Director of Brick-Tie

Damp survey tips – salts or mould? How to tell them apart simply.

The above video is quite self explanatory. Surveying for damp is very much about observations. Some visual markers can be misleading, especially when there is more than one source of moisture. In this case a mature condensation problem, mixed with a penetrating rainwater issue, caused by a leaking roof. Dealing with damp salting walls is easier, if you understand the basics. Here are those:

If you hate lists we’re sorry but all of the above are illustrated in the video and they help remove some of the mystique from damp salting walls. Read on for some fine details or call our expert team on Leeds 265 2752 York 566577 or Sheffield 224 5121 or email us  via our contact page

About the salts on damp salting walls

Ok, so salts are just minerals, which were in solution and are now crystallised out. If they are present on plaster, water has passed through or up, or down it. The salts could be something as innocuous as the slight amounts of nitrate and chlorides in the tap water the new plaster was mixed with. They could be minerals leached from the plaster as it dried (Sulfates). Ever left a glass of water and found it days or months later, empty? If so you will have seen that even the tap water, left a white deposit in the glass as it evaporated.

On the other hand damp salting walls may indicate an ongoing passage of water, or be merely evidence of an historic damp problem now gone, though leaving a tell-tale mark.

Experience, combined with equipment, training and knowledge, will help to explain why there are damp salting walls. The ‘tide mark’ outlined by the salts is handy. The location and the results of moisture meter profiling is useful too. “But electronic moisture meters go crazy when salts are present” Some cry. It’s true of course. However, a dry wall with some historic efflorescent salting will barely give a whisper on a meter. The addition of water will increase the conductivity and the meter will over-read. As long as the surveyor compensates for this, he can gain invaluable information. It’s about using the tool correctly and not relying on meter readings in isolation.

So for example if the wall shows evidence of salting, but is dry on a meter. The damage is probably historic – the wall was damp and dried out (subject to all observations). If it is moudy too but dry, transent water is likely, such as condensate. Rarely rising damp. Salting and off the scale readings mean the wall IS damp. There is no need for gravimetrics and smelly ‘speedy’ meters at this stage. In most cases a professional will have enough to diagnose the issue with the tools he has and eyes.

The internal environment in a mouldy house.

In the video salts were present and some mould. The conditions in the cupboards were clearly colder than in the bedroom. This is not surprising as the wardrobes are 600mm deep. In effect these form an insulating cavity between the room (which is heated) and the cupboard and wall behind it, which is not heated.

The leaking valley gutter will also bring water into the wall as penetrating damp. This will then absorb any of the meagre heat, which is derived from the bedroom radiators. Evaporation is an endothermic reaction; the wall will lose heat with the excited water molecules escaping from it (mainly from the outer leaf as the wind blows and sun shines) This cupboard is COLD.

A favourite sentence uttered by damp surveyors everywhere is “A wet wall is a cold wall” very true. In the above video Bryan Hindle CSRT CSSW AIOSH demonstrates the quick and easy way to identify salts, on those occasions where they are fine and could be confused with mould. Just add water and watch the salts return to solution. This doesn’t happen to mould and fungus (watch the above video for a demonstration).

We hope you enjoyed the video, please watch some more, they are full of free guidance on all preservation matters – damp , wall ties, structural repairs and basement waterproofing. Or call our friendly team for a chat or to book a survey Leeds 265 2752 York 566577 or Sheffield 224 5121 or email us  via our contact page

We use cookies on our website to give you the most relevant experience by remembering your preferences and repeat visits. By clicking “Accept”, you consent to the use of ALL the cookies.
Cookie settingsACCEPT
Manage consent

This website uses cookies to improve your experience while you navigate through the website. Out of these, the cookies that are categorized as necessary are stored on your browser as they are essential for the working of basic functionalities of the website. We also use third-party cookies that help us analyze and understand how you use this website. These cookies will be stored in your browser only with your consent. You also have the option to opt-out of these cookies. But opting out of some of these cookies may affect your browsing experience.
Necessary Always Enabled
Necessary cookies are absolutely essential for the website to function properly. These cookies ensure basic functionalities and security features of the website, anonymously.
Functional
Functional cookies help to perform certain functionalities like sharing the content of the website on social media platforms, collect feedbacks, and other third-party features.
Performance
Performance cookies are used to understand and analyze the key performance indexes of the website which helps in delivering a better user experience for the visitors.
Analytics
Analytical cookies are used to understand how visitors interact with the website. These cookies help provide information on metrics the number of visitors, bounce rate, traffic source, etc.
Advertisement
Advertisement cookies are used to provide visitors with relevant ads and marketing campaigns. These cookies track visitors across websites and collect information to provide customized ads.
Others
Other uncategorized cookies are those that are being analyzed and have not been classified into a category as yet.
SAVE & ACCEPT
Scroll to Top